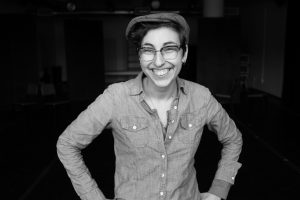 Her chapbook of poetry, The Heart Wants, was recently released from Finishing Line Press. Her poetry and prose is published in Front Porch Journal, Saw Palm, Nimrod Journal, Foglifter, and others. Several of her poems have been performed by Emotive Fruition, including “He-lium,” featured on NPR’s hit show Radiolab.

She is the creator of The Live Lunch Series, the recipient of fellowships from Van Lier/The Lark, CubaOne, Queer/Art, and Lambda Literary, and commissions from the Ensemble Studio Theatre (EST)/Alfred P. Sloan Foundation Project, Peppercorn Theatre, and Actor’s Express. She is a proud member of EST’s Obie-winning cohort of playwrights, Youngblood, and holds an MFA in Playwriting from Columbia University School of the Arts. 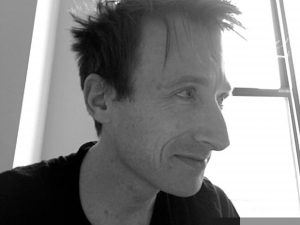 Tim Carrier is from St. Louis and lives in New York City. He earned an MFA at the Institute of American Indian Arts (as a white / non-Native student), was a Lambda Literary Fellow in 2014, and was awarded the 2015 Galway Kinnell Memorial Scholarship at the Community of Writers.