We’re All Coming Too Fast 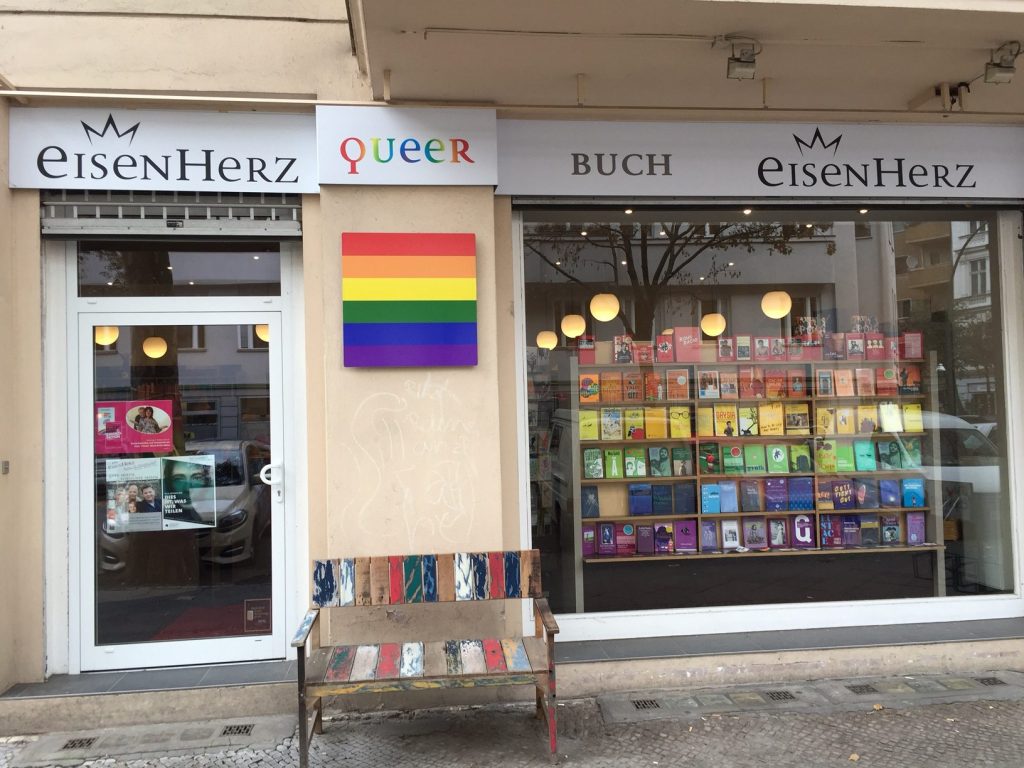 When I think about the death of the gay community bookstore, I attribute it not to the decline of the printed word, but to the pornographic one. In Philadelphia, Giovanni’s Room, named after the James Baldwin novel, was and still is the city’s one stop shop for LGBT books, calendars, comics and condoms of all sorts. Back in the early 2000s it was always a sure bet that at least one person would be standing in the erotica section, as close to the shelf as possible, hand in their pocket, adding to the scents of which you can probably guess if you’ve had sex in an enclosed space, like a Lincoln Town Car or an airplane restroom. And even if that person didn’t buy said reading material, nine times out of ten they bought something from the shop.
​​
Then came X-Tube, Gaytube, Pornhub, X-Hamster, Grindr, Growlr, Prowlr, Hornet, Scruff, Jack’d, Adam4Adam, Manhunt, Mancrunch, Daddyhunt, Gaycupid, and a further flood of material with which to get ones rocks off in private, no pants required. After that the closures came quickly. The Oscar Wilde Bookshop in New York City shuttered in 2009. Lambda Rising in Washington DC wrapped in 2010. Minneapolis, Los Angeles, Nashville’s gay bookstores all finished. Imagine my surprise, then, as I traveled through Europe on a fellowship, to find not just open, functioning gay bookstores, but thriving ones, fully-stocked with highbrow and lowbrow, upbrow and downbrow, Isherwood, Thomas Mann, Foucault and, yes, plenty of flesh.
​​ 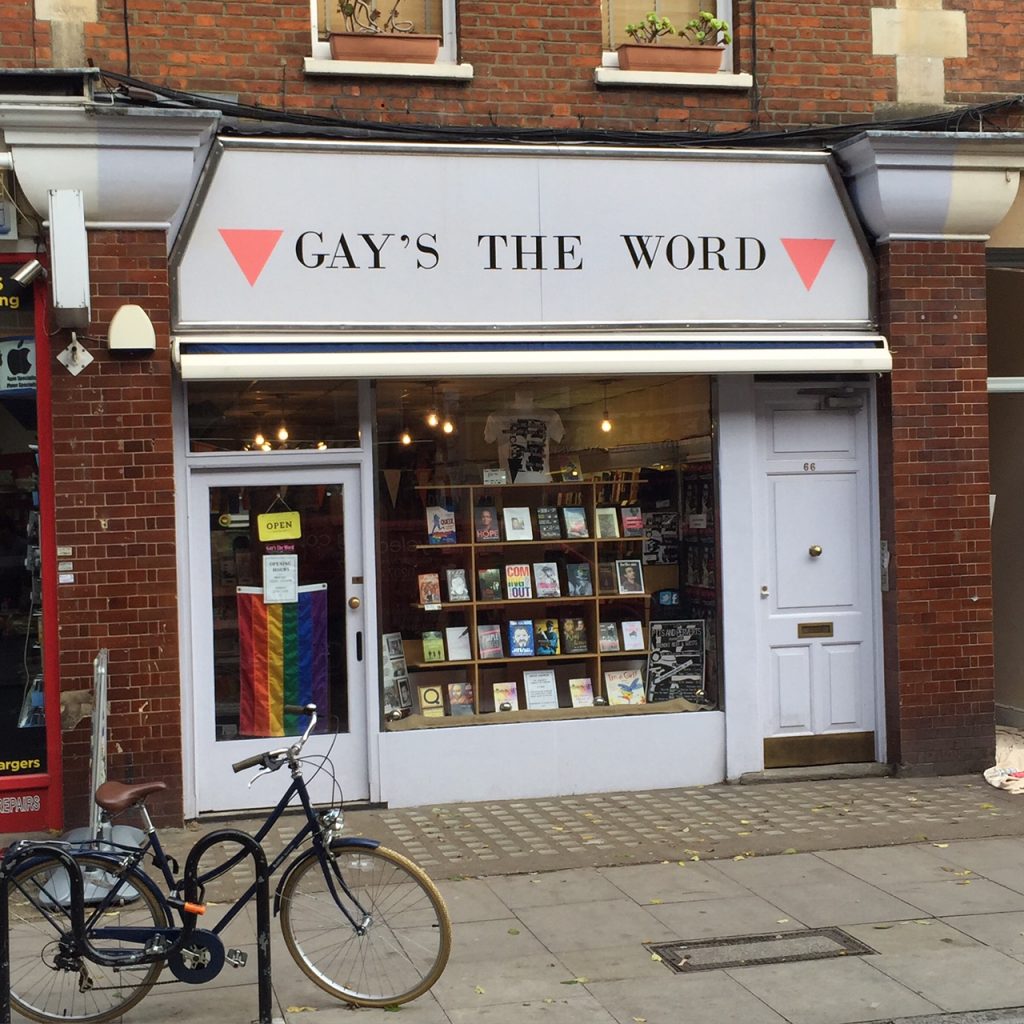 The Oscar Wilde Bookshop was the first bookstore in the world to focus exclusively on gay and lesbian authors. It opened in New York City in 1967, a full decade before Prince Valiant in Berlin, Gay’s the Word in London, and Words in the Mouth in Paris. Giovanni’s Room was a distributor for many of the European bookstores in the late 70s and early 80s because LGBT books were easier to find in America. Why, then, is Oscar Wilde gone, why is Giovanni’s Room a shell of what it once was, while the stores across the pond remain virile and kicking? I can only surmise that it’s something to do with porn consumption and less to do with the high literary. All the European bookshops donned walls of pornography, and even the free magazines and newspapers had more dick in them than any episode of Game of Thrones. For many readers, such gems are reason enough to go to the store and pick up a copy. We never got full frontal in the American periodicals. The most we got was a thong or, even more rarely, an uncensored butt.

When I was fifteen in the mid-nineties I used to go to the Tower Records to get the local LGBT publications like HX and the Philadelphia Gay News. When I moved to New York for college I went to TLA video on 8th Street to pick up similar reading material. I went with the hope that beyond the articles and photos I’d spy someone picking up the same papers and have the courage to ask them what it was like to be gay, because the only gay people I knew back then were on paper. In the years since, I’ve found a cadre of LGBT friends, colleagues, and family, while Tower and TLA have both been run out of business.
​ 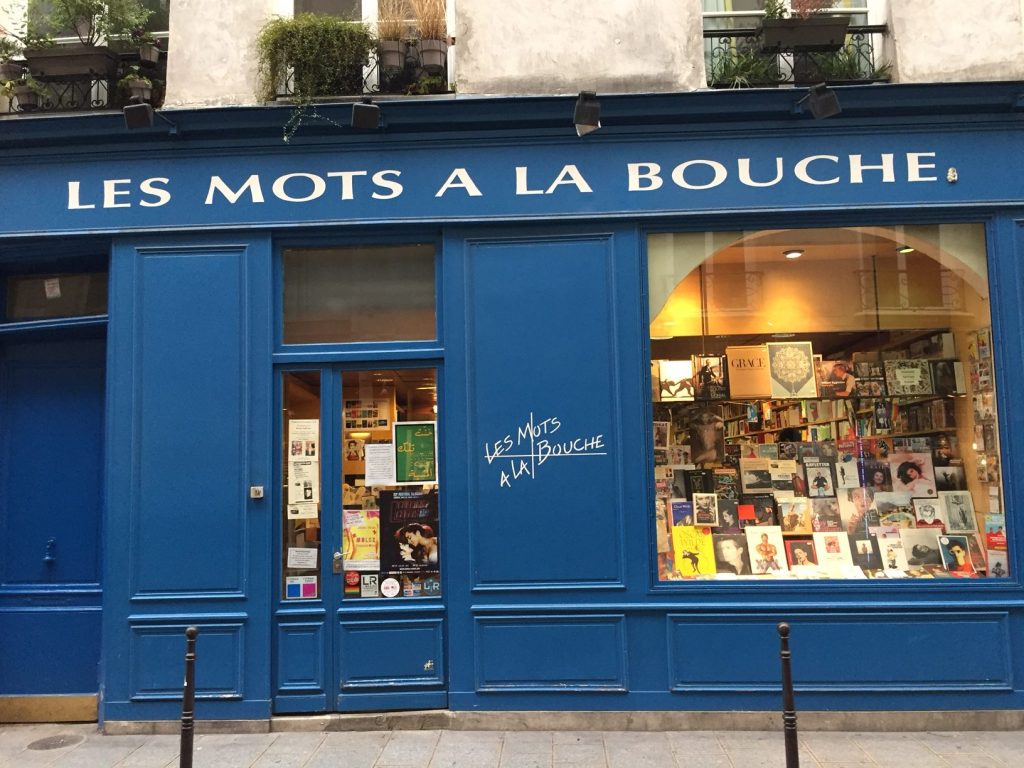 If it’s safe to assume that Netflix killed the video store and Napster sounded the death knell for record shops, then it’s not a stretch to say that X-Tube killed gay booksellers by decentralizing lust. Who needs dirty magazines when there are a million people on Tinder and bevy of X-rated pictures floating around the cybersphere? Is it worth braving the cold, or heat, or any type of weather, merely to catch a glimpse of a man glossy and glorified on the page? I feel guilty saying that it suits my Catholic shame complex to keep my porn and sex habits private, a libidinal liquidation that my European friends have seemed to escape. Before I came out I would have bought a Playgirl from Giovanni’s Room, held my breath and hoped to not be seen by anyone I knew. Now there’s zero need for that, not so much because it’s easier for me to be open about sexuality, but because it’s easier to push it underground. Sure, I’ll still buy novels from Giovanni’s Room, I’ll go to a friend’s reading, but my weekly ventures have become monthly at best. I’m not even sure if the print edition of Playgirl exists anymore. I should probably go to the bookstore to find that out. But then again, I could always check my phone first.

Jason Villemez teaches creative writing at Boston University, where he received an MFA in 2016. Before graduate school he worked as a journalist for the PBS NewsHour and Philadelphia Gay News. He is currently at work on a short story collection about LGBT people. He lives in Philadelphia with his husband.