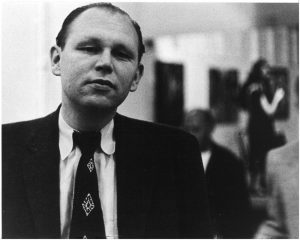 Jack Spicer (1925–1965) was born in Hollywood and moved to the Bay Area at the end of World War II. At Berkeley, he fell into a circle of young gay poets and artists who styled themselves, with amusing panache, the “Berkeley Renaissance.” Anarchist by nature, his left-wing political convictions derailed his career at the University, and rather than signing their anti-Communist “Loyalty Oath,” he simply walked away, pride intact.

A short time later in 1953, Spicer became the secretary to the Oakland chapter of the Mattachine Society, the leading gay and lesbian activist groups in the USA. His poetry is luscious, severe, funny, tragic in turns, and it was all dictated to him, or so he said, by forces from the “invisible world,” a far cry from the prevailing “find your voice” lyric mode of mainstream verse culture.

His writing, whether in verse or prose, is always haunted by whispers from another world: he once punned on the Greek word “logos” as “low ghost.” Young people are drawn both to his excess and his strict prohibitions. “Words are what sticks to the real,” he wrote, “We use them to push the real, to drag the real into the poem. They are what we hold on with, nothing else. They are as valuable in themselves as rope with nothing to be tied to.”

Spicer died from alcoholism at forty in the poverty ward at San Francisco General Hospital. His death was a great loss to world poetry, but his writing, still in print, is read more today than ever before. 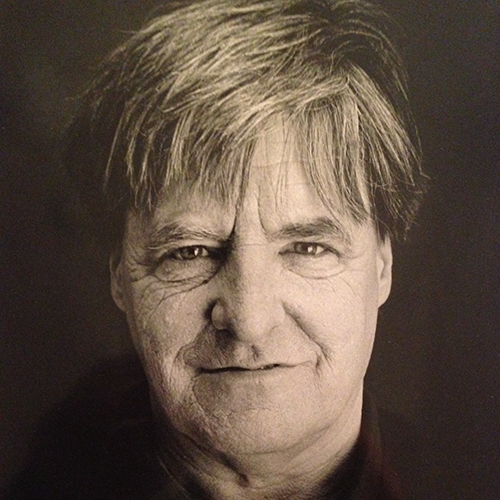 As usual new projects emerge constantly. 2017 saw the publication of the anthology WRITERS WHO LOVE TOO MUCH: NEW NARRATIVE 1977-1997, edited by Killian and Dodie Bellamy (Nightboat Books). Other books last year include his fourth book of poetry Tony Greene Era (Wonder Books), recently nominated in the Poetry category of the California Book Awards; the third volume, this one edited by Dia Felix for Essay Press, of Killian’s SELECTED AMAZON REVIEWS, and a bilingual book in English and French LES ELEMENTS (Joca Seria Press) in Paris. Upcoming: STAGE FRIGHT: PLAYS FROM THE SAN FRANCISCO POETS THEATER (Kenning Editions); FASCINATION, edited and introduced by Andrew Durbin (Semiotexte), a collection of memoirs; and a volume of Spicer’s letters, from Wesleyan (edited with Kelly Holt). In November Chicago’s Iceberg Project will host a show of Killian’s work in the visual arts, an array of poem-drawings, and a number of his “Tagged” photographs, Killian’s nude portraits of a variety of poets, artists, editors, musicians, filmmakers and other creative types.