Foglifter is excited to announce two fellows for our very first LGBTQ+ Bay Area Emerging Writer Fellowship! This fellowship will provide them with the opportunity to participate in the production cycle of a literary journal issue from start to finish. Near the end of the program, the fellows’ writing be featured in Foglifter Volume 5, Issue 1, to be released in April of 2020, along with a reading at the release party at Strut with five other LGBTQ+ writers published in the issue. Finally, in the spring of 2020, both fellows will collaborate to artistically curate and produce an intergenerational Foglifter reading featuring six LGBTQ+ writers (18-25 or 50+) of their choosing. 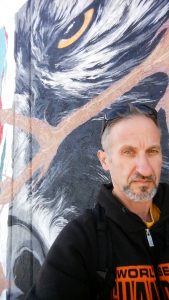 ​Ali Michael Cannon (he/him) is a writer, organizer, activist, and public speaker who is a recognized leader in the transgender community. Professionally, he has worked in the education field for 30 years, serving as a District Administrator and a Non-Profit Manager. Currently he works as a consultant, supporting schools to become more LGBTQ+ inclusive and address issues of equity and bias. A proud father and husband—he lives in Oakland with his wife, Jessica, an Oakland Public School Principal, and their high school son. He has a godson who just graduated from college, reflecting how much chosen family is a vital part of his relationship to building and sustaining queer community. In his free time, he loves to Stand Up Paddleboard, hike, run, bike and talk to his dog and cat in silly voices.

His writing has been published in From the Inside Out: Radical Gender Transformation, FTM and Beyond. His provocative illumination of Jewish and transgender themes can be seen in the film, It’s A Boy: Journeys from Female to Male and his essay (co-authored with TJ Michels), Whose Side Are You On: Transgender at the Western Wall. Cannon founded the theater group, Transmen Tell Their Tales, and was a long-time writer, performer, and producer of Chutzpah—a Queer Jewish theater group in San Francisco.

Ali earned a Bachelor’s and Master’s degree in Feminist Studies from the University of California, Santa Cruz and San Francisco State respectively.  He served on the Board of Our Family Coalition, the Bay Area’s LGBTQ Family Organization for eight years. 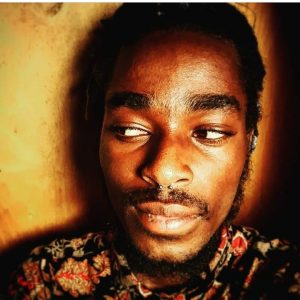 Reginald Edmonds (they/them) is a poet, activist, and educator based out of Richmond, CA. Reggie is the 2019  Berkeley Poetry Slam Champion, the Poetry Battles Game 6 champion and runs both the Rich Oak Alchemy Slam and the Oakland Poetry Slam and Wide Open Mic. They have two self published chapbooks, I’m Too Black For This Shxt (2017) and Sad Boi (2018) and their poems “On Faith, “Queer As In…”, and “Roadkill Examination” have been published in Rigorous Magazine. They enjoy long walks through quiet graveyards, Hennessy with limes, and throwing shade in the comment section.