We are excited to announce this issue’s guest editors, all previously published in Foglifter! 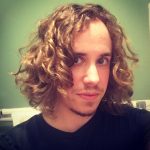 Our guest editor for prose, Milo Todd’s (he/him) fiction focuses on trans and queer history, with additional works on the trans experience and the trans body. His fiction has appeared in Foglifter, Home is Where You Queer Your Heart (Foglifter Press), and Emerge: The 2019 Lambda Fellows Anthology (Lambda Literary Press). His other works have appeared on Writer Unboxed, Dead Darlings, GrubWrites, and Everyday Feminism, among others. He was selected as a 2019 Lambda Literary Fellow in Fiction for his novel SNUFF and received a fellowship to attend the Lambda Literary Writers Retreat for Emerging LGBTQ Voices. He is an alum of GrubStreet’s Novel Incubator Program, where he received a Pechet Fellowship for his novel THE FALCON OF DOVES. Milo has presented regularly at the Boston Book Festival and The Muse & The Marketplace. He curates Writing Beyond Binaries, a panel series celebrating trans and nonbinary writers’ experiences in various stages of their careers. Milo currently teaches writing at GrubStreet and he consults on fiction manuscripts and transgender inclusion in the classroom. 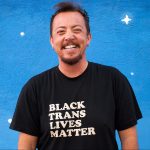 Our guest poetry editor TC Tolbert; I like walking up a mountain more than walking down; on the Enneagram, I’m a 1; I’m also a Capricorn; learning is infinitely more interesting to me than knowing (and scarier, too); along with my partner, I am wildly blessed to have two pit bulls who are willing to cuddle any time day or night; I am white; I was born and raised a girl in Hixson, TN as a speaking-in-tongues Pentecostal and I eventually came out as queer, feminist, anti-racist, and trans-masc; I wrestle-duet with these complicated and often contrasting social geographies every day; I never cease to experience a simultaneous horror and deep love any time I pay attention to the world. 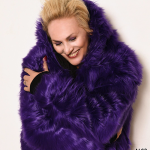 Our editor for hybrid, Natasha Dennerstein (she/her) was born in Melbourne, Australia. She has an MFA from San Francisco State University. Natasha has had poetry published in many journals internationally. Her collections Anatomize (2015), Triptych Caliform (2016) and her novella-in-verse About a Girl (2017) were published by Norfolk Press in San Francisco. Her trans chapbook Seahorse (2017) was published by Nomadic Press in Oakland. She lives in Oakland, California, where she is an editor at Nomadic Press and works at St James Infirmary, a clinic for sex-workers in San Francisco. She was a 2018 Fellow of the Lambda Literary Writers Retreat.

In addition to submissions to our journal, Foglifter Press, Radar Production, and Still Here San Francisco are pleased to announce the Start A Riot! chapbook prize for local emerging queer and trans writers of color. Each year, the prize will honor one author with chapbook publication, a $1,000 prize, and promotion, as well as a spot on the Sister Spit tour.

Foglifter celebrated its launch of its latest issu

Autumn is for queer artists only.

Reading my contributors copies of @foglifterpress 💐

I’ve been working on the letter series included since 2014!! When I was cold & lonely my first winter in pgh ❄️😞